When a lane is given a name it not only aids as an address for emergency response, but can add character and a sense of history to the neighbourhood.  The CWNA has an ongoing project to assign names to the "anonymous" laneways in our neighbourhood.
Travellers' Way
April 2022
Travellers' Way, the TTC walkway on the east side of the Wellesley subway station reflects the importance of the heritage building at 17 Dundonald Street.  The new condominium at 17 Dundonald has etched plaques outlining the history of the original building at the site, once home to the Commercial Travellers’ Association of Canada. The name also speaks to the many travellers who daily use the walkway as a connection to the our public transit system and our green spaces. 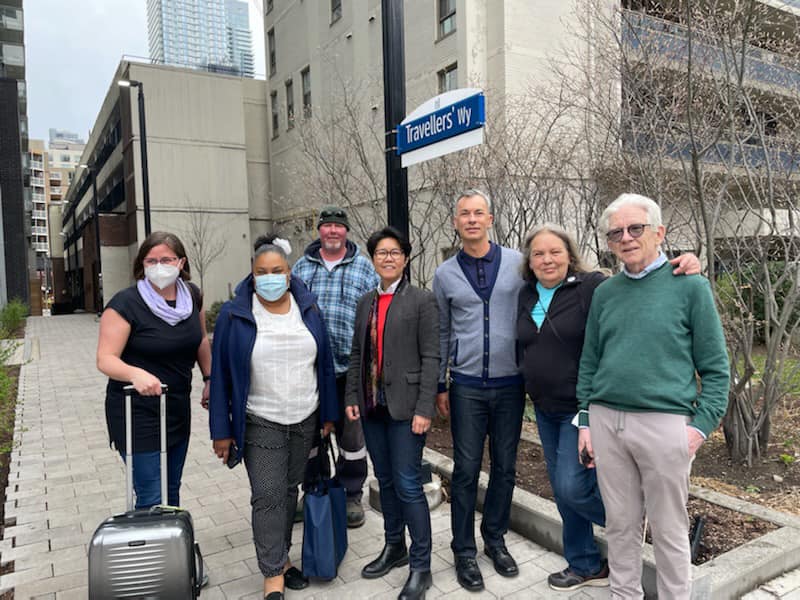 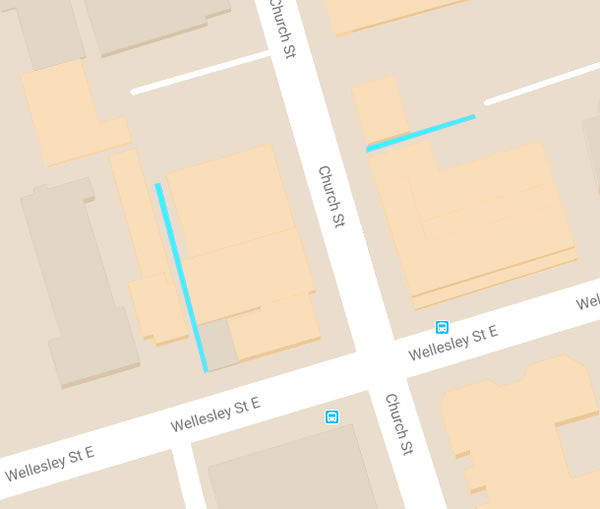 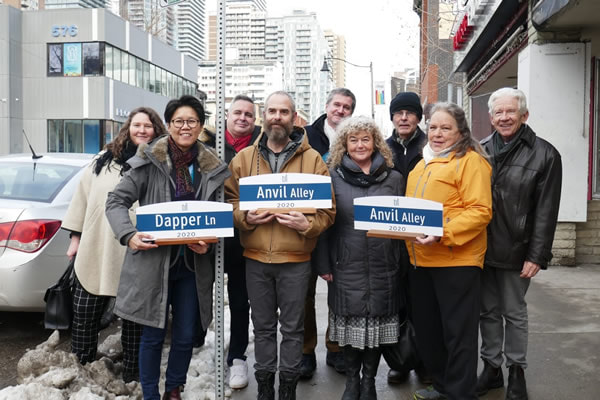 April 2014 - ​Chechalk, meaning crane or big bird, was an  Anishnawbe Chief who was one of the signatories to the 1805 Toronto Purchase. Chechalk also signed the Mississauga Treaty of 1805. 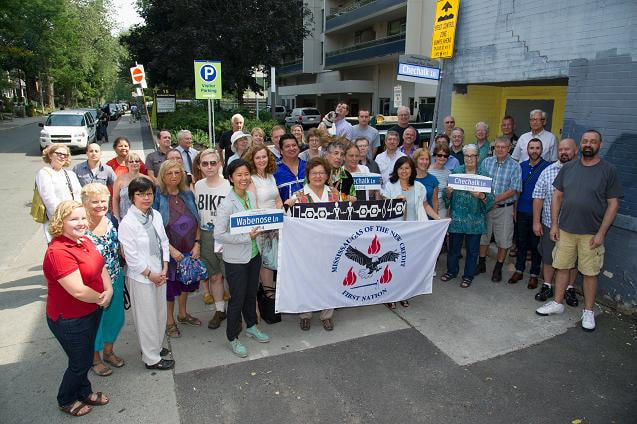 April 2014 - ​Wabenose was an Anishnawbe Chief who was one of the signatories to the 1805 Toronto Purchase,  in which the British Crown purchased 250,000 acres of land for the sum of 10 shillings. 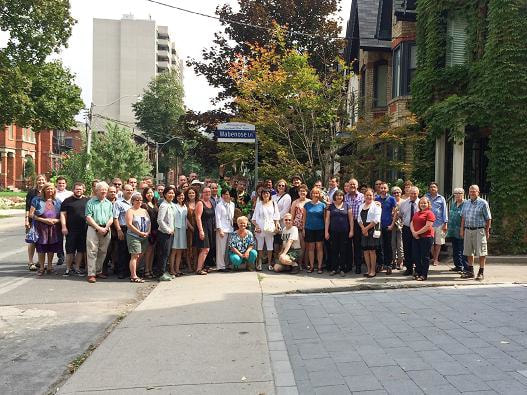 November 2014 - This naming honors the nearby location of the Wellspring Cancer Support Foundation, founded by Ann Armstrong Gibson in 1992. ​ 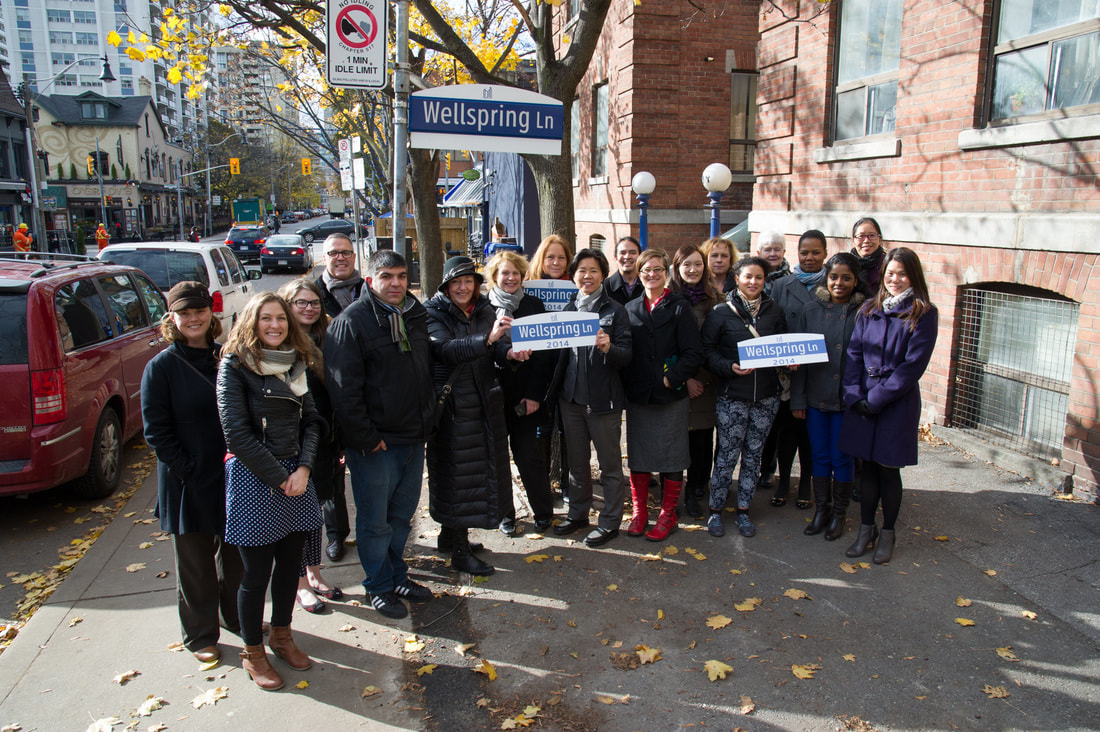 The historic building, located at 81 Wellesley on the north side of the lane, was  lost to a development project. 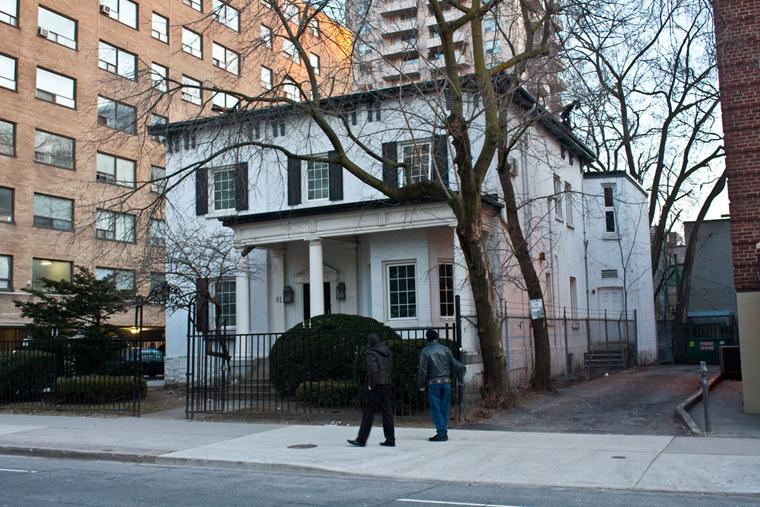 July 2014 - This naming commemorates the small fledgling industries along Yonge St, including two bakeries such as the one owned by William McConnell. William Christie also started out there when he first arrived in Canada in 1848. He delivered baked goods in a handcart to the nearby residents of Yorkville. 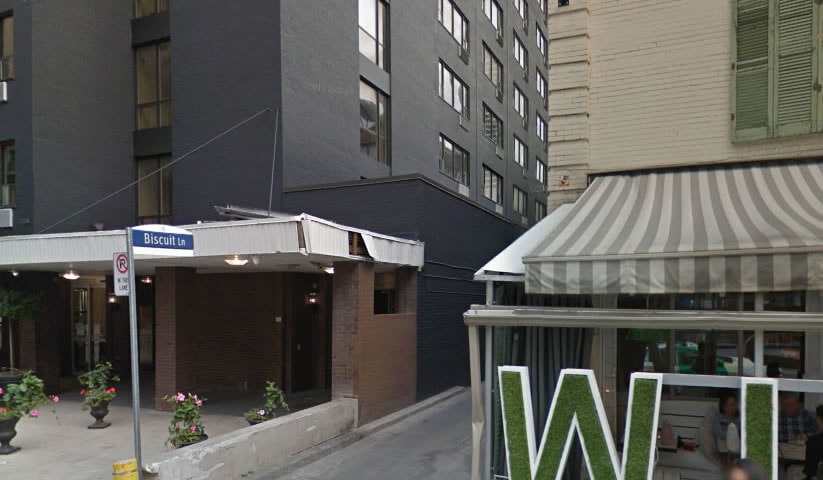 July 2014 - Sky Gilbert is the founder of the Buddies in Bad Times Theatre. He created what is now the largest queer theatre company in the world. For over twenty years 12 Alexander Street has been its home. The naming of this lane  honours Sky's contribution to the community and to Canadian Theatre. 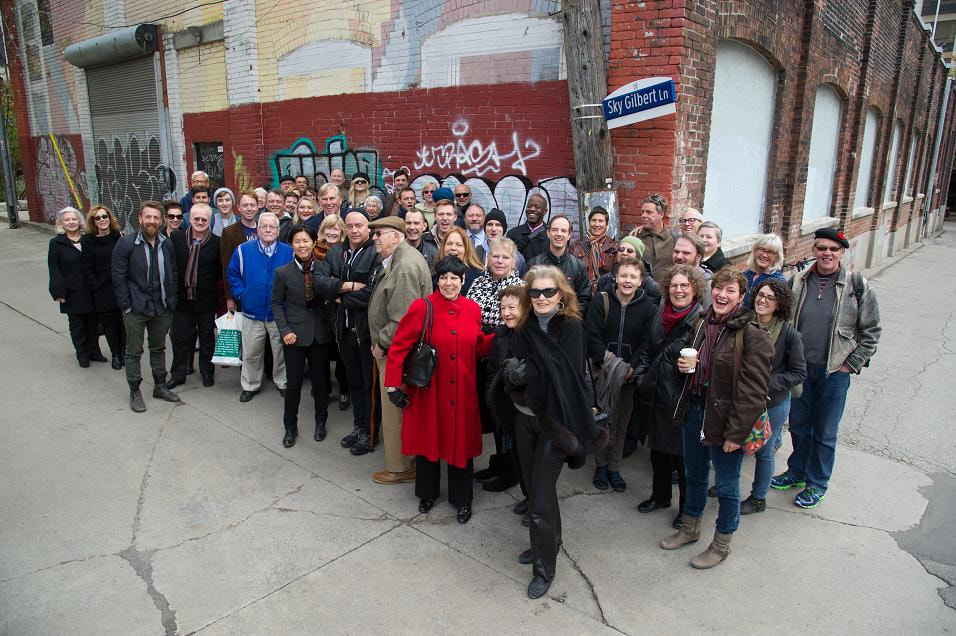 May 2013 - This name was suggested because of schools in the area, both past & present, including Church St. Junior Public School, Jarvis Collegiate Institute, Canada's National Ballet School, Le Collège Français and Havergal College. 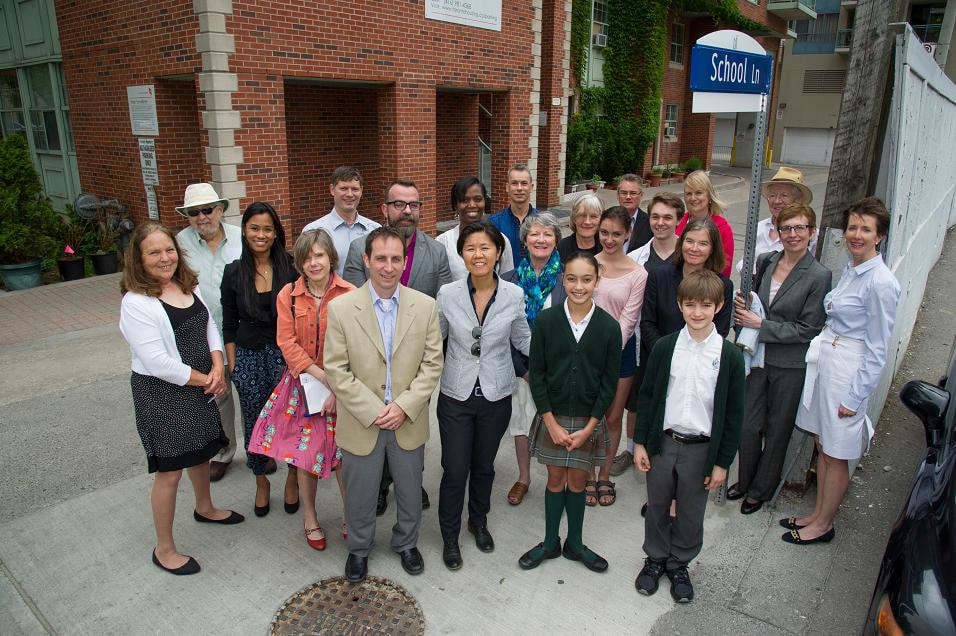 June 2013 -  Macy DuBois was a founding member of the architectural firm Fairfield and DuBois. He played a central role in shaping the city's architecture from the 1960s to the 1980s.

June 2013 -  Al Sparrow served three terms as a City Councillor from 1974-1980 under Mayor David Crombie as a vocal champion for civilian oversight of the police, for the vibrancy of downtown neighbourhoods and for cycling infrastructure.  He represented gay and lesbian interests at city hall at a time when it was controversial to do so and was instrumental in founding the 519 Church Street Community Centre. 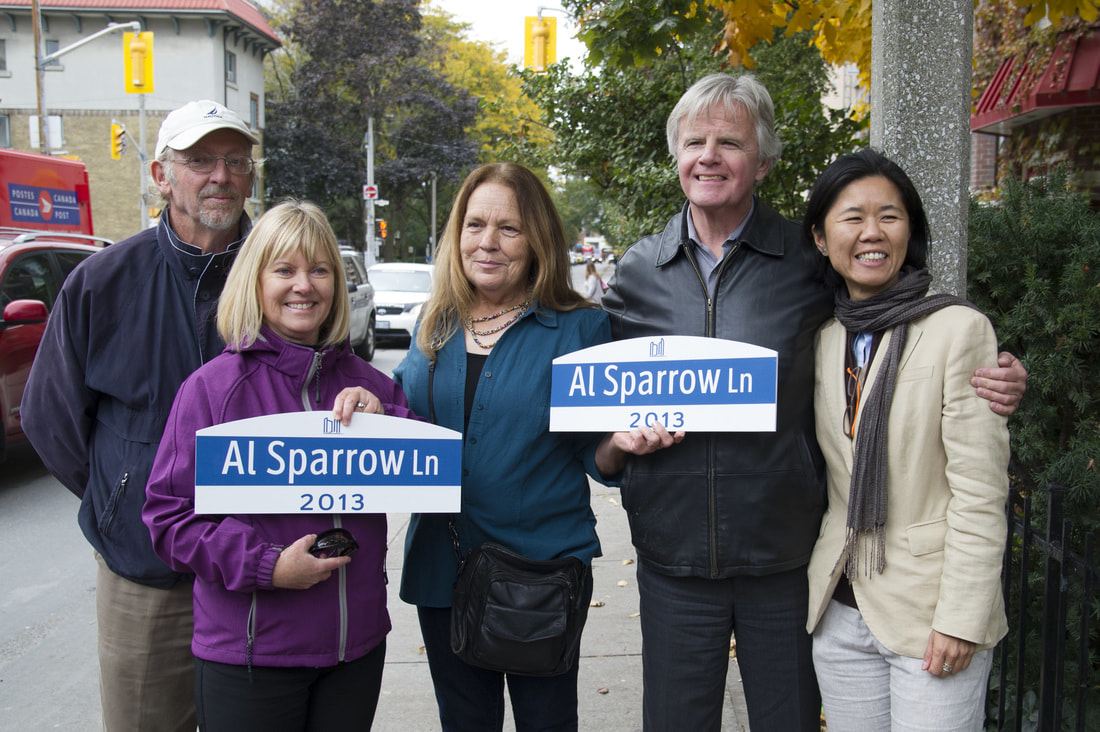