Our Board of Directors

The 2019/20 CWNA board is a group of dedicated volunteers who live and work in the Church Wellesley Village. Our monthly meetings are always open to the public. Check out our calendar for the time and location of our next meeting. 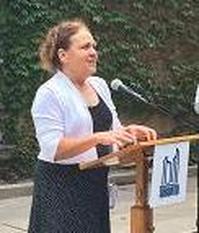 Connie Langille
President; Chair, Placemaking Committee
​Connie has lived in the Church Wellesley neighbourhood for ​over 30 years and is proud to have raised her family in this vibrant community.  Her interest in community advocacy was ignited when development threatened the historic buildings at Church and Gloucester. The push-back from local residents resulted in the proposal being withdrawn.

As Chair of the Placemaking Committee Connie believes the CWNA should address issues relevant to the whole of our diverse community, with the intention of creating public spaces that promote people's health, happiness and well being.  As president Connie is honoured to represent a dedicated volunteer board and works to foster a greater compassion for community involvement. 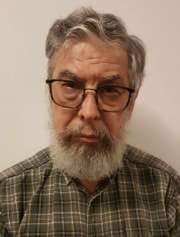 Donald Altman
​​Donald Altman is a long-time active member of Church Isabella Residents Co-operative.  He currently sits on the boards of Home Ownership Alternatives (funding arm of Options for Homes) and the Social Planning Toronto.  In the past  he has served as  a director of the Co-operators Insurance Company, Alterna Savings and Credit Union, and the former Ontario Natural Food Co-op (warehouse for food co-ops) and has been active in various food  and housing co-ops in Toronto

Donald is retired after a 35 year managerial career in City of Toronto Finance, where he  worked on the City’s long term fiscal plan and the City Budget as well as City Planning where he was a policy planner responsible for assessment reform.  He also taught urban & economic geography at Ryerson – 5 years full-time; 20 years part-time.

Don holds a Bachelor of Arts in Geography from the University of Toronto, Masters of Science in Geography from Northwestern University and is ABD from the Geography Department at Queens.   Don is a graduate of the Credit Union Director Achievement Program.  Don has received the Co-operative Lifetime Achievement Award from the Ontario Cooperative Association, the Gary Gillam Award for Social Responsibility from the Credit Union system and is an Honorary Lifetime Member of the Co-operative Housing Federation of Toronto. 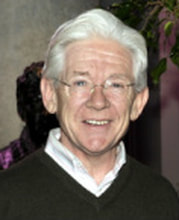 Paul Farrelly
Chair, Heritage Committee
​Paul helped found the association after working with the adjacent Bay Cloverhill Community Association, with whom the CWNA shares a kilometer of long-neglected Yonge Street. Paul has been engaged in a variety of heritage campaigns and socio-cultural enterprises over the years. He is enthusiastic about the abundance of cultural and heritage assets on Jarvis, Church and Yonge Street. Paul hopes to extend our vibrant culture of engagement to the merchants on Yonge Street.

Secretary; Chair, Communications Committee
​Trevor grew up on a farm in Southern Saskatchewan.  Having lived in progressively larger centres -- Toronto for the past 30 years -- he has come to believe in the vital importance that parks, gardens and open spaces play in dense urban environments. Trevor contributes to the CWNA by applying information management skills to an enriched and regularly updated website, and by working with the Placemaking team to bring local greening projects to fruition. 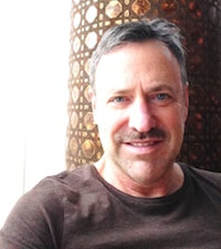 Robert Packham
Chair, Development Committee
Robert has lived in the downtown area on and off for the last 30 years.  He is currently practicing landscape architecture as well as architectural and interior design. He comes to CWNA with eight years of experience in the City of Toronto Planning Department, working in the Urban Design Group. He was urban designer on the Saint Lawrence/Old Town of York, the Bloor/Yorkville BIA , as well as the planning area of Midtown which the CWN lands within. Development planning, open space design, and infrastructure design are the particular experiences he adds to the Development Committee.

Peter started his working life as a theatre actor, then turned to journalism. As a reporter and editor for a Toronto daily newspaper for 23 years, he covered education, criminal justice and city politics. He moved to the Church and Wellesley neighbourhood in 2018, and has come to cherish its unique character, which he believes must be nurtured and protected in the face of powerful economic pressures.