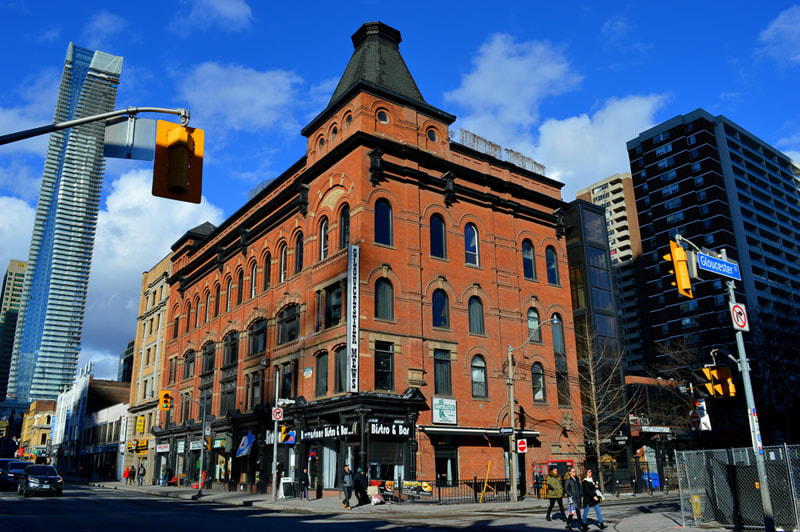 For many years, The CWNA has worked with other stakeholders and the City to protect the valuable heritage buildings on Yonge Street, between Carlton / College and Bloor.

The preservation of heritage buildings on Yonge Street is a key element of the North Downtown Yonge Urban Design Guidelines, which was encoded in the City's Official Plan by Amendment 183 (OPA 183) in October 2013 . However, OPA 183 has been appealed to the Local Planning Appeal Tribunal (LPAT) by a group of developers and property owners.

An official Heritage Conservation District designation for Historic Yonge Street was approved by the Toronto Preservation Board in February 2016 and by City Council in March 2016.

Because OPA 183 adopted numerous zoning and planning recommendations from the Urban Design Guidelines, the LPAT  case was divided into two Phases.  Phase 1, which addresses issues other than heritage preservation, was released by LPAT in August 2017.  A color-coded copy of Phase 1 of the LPAT case (green = in full force and effect; blue = subject to phase II hearing) is here.

The Phase 2 Hearing, which will decide the fate of the heritage buildings in the North Downtown Yonge area, has yet to be scheduled.
​City Reports Establishing Historic Yonge Street HCD  Heritage Conservation Districts in Toronto​